The increasing availability to computers, phones, tablets and televisions is changing the way children are growing up and this can be clearly seen in their increasing prevalence of poor posture, muscle weakness and back pain.

Musculoskeletal system problems is the most common origin of poor posture. It happens because of continuous bad positions of daily living that create the muscle imbalances over time. All activities have an influence on children’s posture including sitting, standing, walking and even sleeping. Other common factors may include poor vision, hearing and middle ear or balance problems. If not detected and treated early on, these postural issues can develop into more serious conditions such as scoliosis.

Your physiotherapist can help by assessing your child’s posture. This is done by visual assessment using a posture grid and specific functional tests and may in some cases recommend additional tests such as X-rays. 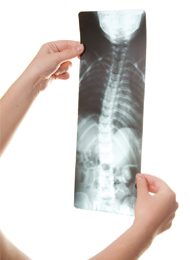 All postural problems that occur from poor positioning in daily activities such as sitting, walking and sleeping. They develop because certain muscles become stronger than others from overuse. This leads to an imbalance of the muscles working to control the spine and pulling out of position. The most common seen posture problems are:

Sideways curvature of the spine when viewed from behind. This happens when the muscles on, for example, the left are stronger than the right causing the spine to be pulled away from the straight line. It usually is followed by an opposite cure higher or lower as a compensation.

Also called a hunchback posture as the upper back becomes excessively round. The most common cause is shortening of the chest muscles and weakness of the upper back muscles.

Called the hollow back posture. This appears as an excessive hollow lower back and is caused by strong lower back and hip muscles together with weakness of the stomach muscles and hamstrings.